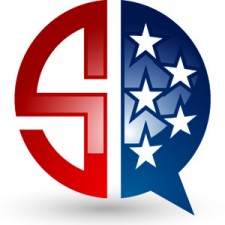 Carlsbad, California, June 23, 2016 (Newswire.com) - SearchQuarry (SearchQuarry.com), a United States-based public records resource utility designed to assist in locating public records information online, offers a multitude of DMV records to search and free tools that anyone can use without having to sign up as members, including driving records, traffic citations, driving history, criminal DUI/DWI arrests and more. With the use of SearchQuarry’s intuitive utility, users are no longer forced to visit their local DMV and endure the long lines commonly associated with such visits.

Americans will put up with anything provided it doesn't block traffic

“Our database has been put together and organized from thousands of sources throughout the United States,” says aSearchQuarry spokesperson. “Our proprietary software makes it easy to search through all of these records very quickly, with any type of public records being sought available in the public records database. Furthermore, our software often finds public records that users not only were looking for, but some they may not even have known about. Examples of DMV records available include driving citations/tickets, non-driving citations, vehicle records, driving history and even DUI and DWI arrest histories.”

All searches completed through SearchQuarry are 100-percent anonymous, with frequent updates made to the database to reflect new information.